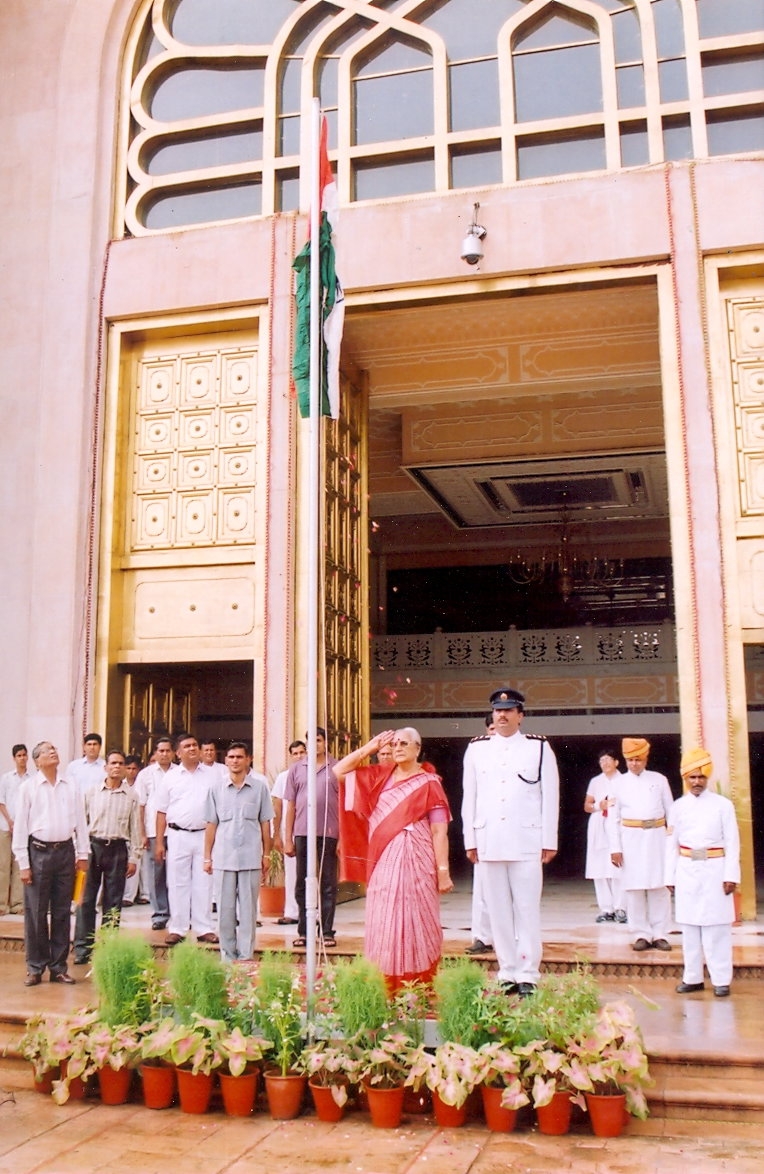 Nine-time legislator in the Rajasthan Assembly, Sumitra Singh is the common man’s best friend and an advocate for women’s education

Sumitra Singh’s life reads like a chapter from a textbook. Born in a nondescript village in the Shekhawati area in Jhunjhunu district in Rajasthan, Singh was destined to be a pioneer, political leader and change-maker in her home state, a beacon to people from many walks of life.

For someone whose life has been so incredible, Singh has very humble beginnings. The second girl child in her family, no one cheered when she was born. Rather, her birth was greeted as a curse in one of India’s most backward states. “Fortunately for me, my uncle took me in. He was a farmer and a freedom fighter and I imbibed the spirit of selfless work and desire to fight for what is right from him. I had watched him struggle against the British Raj and stand up to ruthless jaagirdar,” says the 84 year-old.

As a young woman, Singh was determined to get a solid education and, with her uncle’s support, enrolled for her graduation with Banasthali Vidyapeeth in Tonk district, Jaipur. After her uncle’s death in 1947, she was supported by Hiralal Shastri, the first chief minister of Rajasthan, thanks to the respect her uncle commanded. Singh went on to complete her master’s in Hindi from Rajasthan University, Jaipur. “I was good in studies but excelled in extracurricular activities like swimming, horse riding and sports. I even played the role of ‘Jhansi ki rani‘ in a movie of Sohrab Modi and was so good at horse riding that I rode on two horses simultaneously in the movie!”

Following her post-graduation, Singh got married; after she had three sons, she decided to teach. She did two stints, at Seth Motilal Jhunjhunwala Inter College and Ganaganagar’s Government School, but succumbed to stronger stirrings—she decided to take the plunge into politics, where her potential as a dynamic leader was spotted by Jat leader Kumbharam Choudhary. “I joined the Indian National Congress in 1955, under the leadership of Kumbharam Choudhary, a farmers’ leader. Two years later, at the age of 26, I contested the second Assembly elections and was elected as MLA from Pilani constituency.”

Singh has the distinction of being elected to the Rajasthan Assembly no less than 10 times and her work in the field of farmers’ rights and women’s education is legendary in the state. She was also the first woman Speaker in the Rajasthan Assembly (2004-2009); when she entered the House as Speaker for the very first time, all the ministers and MLAs welcomed her by addressing as “Rajasthan ki Indira”.

Despite her illustrious political career, Singh never let her achievements get the better of her. She improved medical facilities in rural areas, especially for women and infants, and promoted family planning. In 1990, she was minister for higher education and energy and, during that time, she worked for women’s education and opened many schools and colleges. While laying emphasis on higher education for women in rural areas, Singh opened Bhawani Niketan Women’s College in Jaipur. As energy minister, she introduced schemes for generating and distributing electricity in rural areas. Among the projects she launched was a water canal in Jhujhunu, from where she hailed, and she always raised her voice against the special privileges conferred on royal families in Rajasthan.

Owing to the purdah system prevalent in traditional households of Rajasthan, women almost never drove motor vehicles. Yet Singh was often seen driving a jeep, with visiting officials and ministers in the backseat! This invariably prompted people to whisper, “Indira Gandhi chalave” (There goes Indira Gandhi).

Our gutsy crusader and politician has always raised her voice against the dowry system, child marriage and female foeticide, and launched an NGO called Mahershi Dayanand Shikshan Sansthan for women’s education in Jhunjhunu. “Our foundation runs a science college, a school and a hostel for girls. The young women who graduate from the college are employed in good positions,” says Singh, whose effort to promote education in Jhunjhunu district has seen literacy levels rise in the region. “Our foundation’s efforts also led to the establishment of R R Morarka Boys’ College,” adds Singh, whose efforts won her the Bhamashah Award in 2006.

Always going back to her roots, Singh put her humble village, Kisaari, on the world map in 2005, when she was chosen for three consecutive years as an executive member of the 51st Commonwealth Parliamentary Association’s (CPA) Annual Conference in Fiji. Singh has received numerous awards. Among these are the Indira Gandhi Priydarshini Award in 2004, Bharat Jyoti Award in 2005, Glory of India Award in 2006 and Rajasthan Bhushan in 2008. She was also conferred the Humanity Services National Award in 2008. Always rooted, even her overseas visits to countries such as Australia, New Zealand, Japan, England, Italy and Germany were focused on improving the lot of farmers in Rajasthan. “To get in-depth knowledge of the most recent agricultural techniques, I led a group of 48 people from Rajasthan to Israel in 2006,” she says. Today, Singh continues to be associated with many women’s colleges in Rajasthan; one of the senior-most politicians in the state, she continues to pursue her quest for social welfare and women’s development.