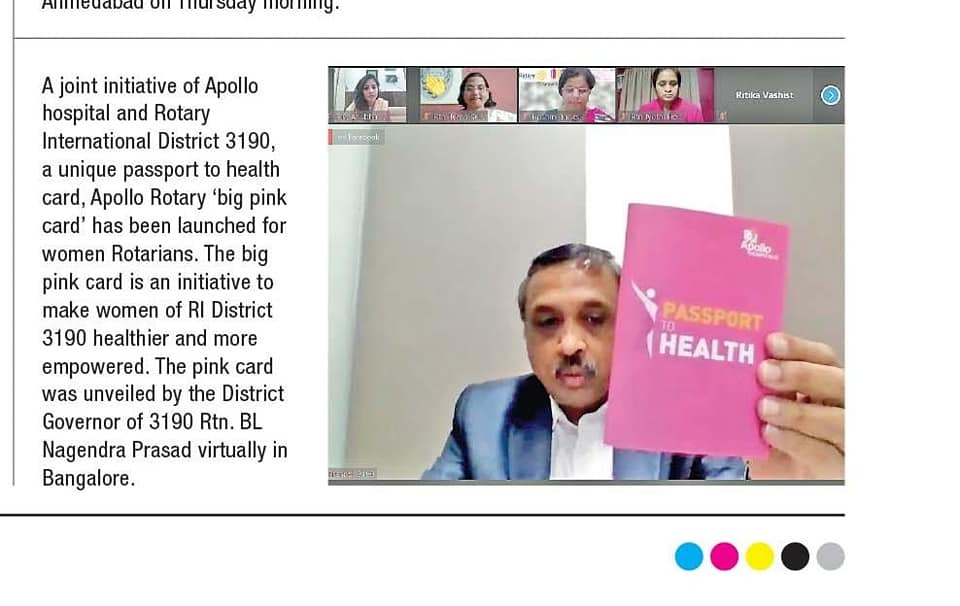 As a one-of-a-kind program and a joint initiative of Apollo hospital and Rotary International District 3190, a unique passport to health card, Apollo Rotary ‘big pink card’ has been launched for women Rotarians. The big pink card is an initiative to make women of RI District 3190 healthier and more empowered. With intent to spread smiles on the faces of women Rotarians and as a noble step, the pink card was unveiled by the District Governor of 3190 Rtn. BL Nagendra Prasad virtually in Bangalore. Such a wonderful initiative has brought into reality through the efforts of DG Nagendra Prasad and Rtn. Rashmi Tanksali, District Director, Women in Rotary, Dist. 3190. While giving insight about the card Rtn. Rashmi Tanksali said that through the card women Rotarians will be entitled to avail special offers on a myriad of health services and other privileges at any of the Apollo hospital’s 55 centers across the country. The card will be a corporate card for women in RI District 3190.